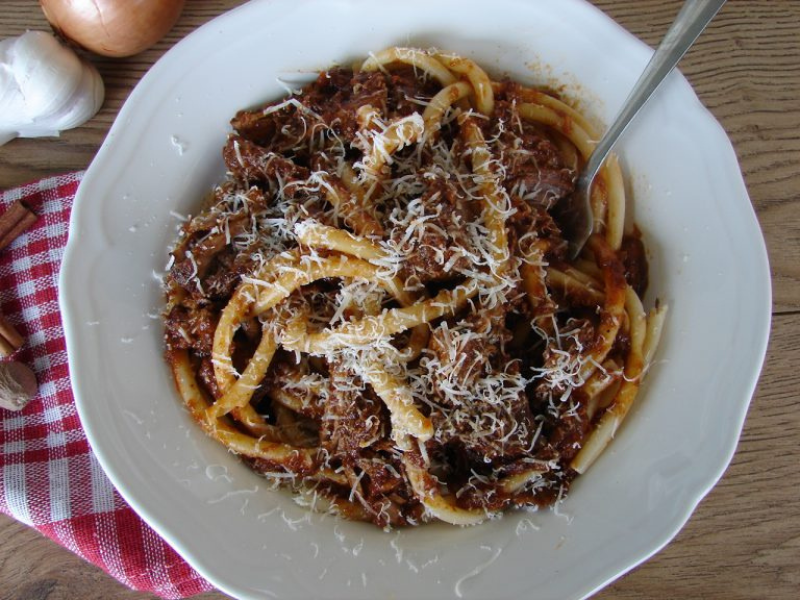 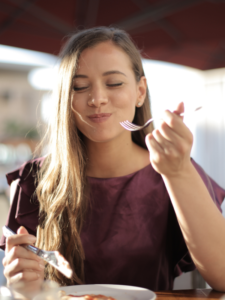 If it is true that the culture of a place is reflected in its cuisine, then it is certainly true of Corfu cuisine.

Corfu’s cultural identity is so strong you can feel it in the air….you can even taste it. While rest of the country was enslaved to the Ottomans, Corfu’s Venetian conquerors left their unmistakable traces in the local cuisine.

Corfu is an real gastronomic paradise of Mediterranean cooking. Corfiots are lovers of  strong, rich, flavours. Vibrant colours and aromas are particularly appreciated in their cosmopolitan dishes. In general, the cuisine of Corfu expresses her people’s love for life and living.

With typical Mediterranean style and Venetian influences, Corfiot cuisine highlights the distinct cultural influences that the island has absorbed and it is no coincidence that many recipes still have Italian names.

Pastitsada, the queen of Corfu Cuisine

Pastitsada with rooster or beef is still the dish of celebrations and formal meals.  It is a special recipe with has medieval origins in Verona. Although it looks similar to a common stew, it is radically different in flavour and preparation.

Pastitsada is the perfect blend of sweet and spicy,  being at the same time an amazing comfort food. It is definitely one of the most delicious dishes you have ever tasted!

In its preparation, onions are used for aromatic sweetness, vinegar as an acidic element, red wine and a mixture of spices (red hot and sweet pepper, nutmeg, cumin, allspice, cloves and cinnamon) all of which add colour and intensity to the flavour. This mixture of spices has its own name, spicery or spetseriko and is truly the most important ingredient of all.

The recipe for spetseriko for pastitsada is for half of the Corfiots  a closely guarded family secret. For the other half, a mystery because they used to buy their spetseriko ready-made in sachets from a central pharmacy that no longer exists.

The deep red colour of the dish is largely due to the spetseriko and optically the dish can easily be mistaken for meat in tomato sauce. 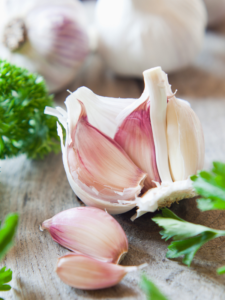 Sofrito is the most elegant of the four classic Corfiot dishes. While it is obvious that it was named during the Venetian rule, there is no significant gastronomic connection between the dish sofrito and the  Italian cooking technique of the same name, other than the fact that both involve frying in oil.

The sofrito is made with beef that is lightly floured and fried in oil and then simmered with three ingredients that create a balance of intensities between them, vinegar, garlic and parsley, while white wine is often used. The result is a pungent savoury dish, with a thick, white, velvety sauce. 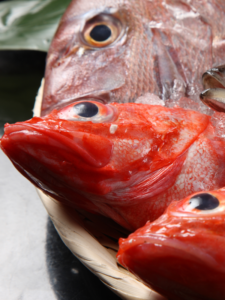 A classic recipe from Venice, Bourdeto is also a traditional Corfu dish, much loved by fishermen. The dish takes its name from the word brodetto, which means Venetian broth.

You can use a mixture of different fish in the dish and the preparation starts with cooking the fish in white wine and olive oil with onions, vinegar and lemon.

Bourdeto gets its vibrant colour from the red, hot and sweet peppers, which are its main ingredient and not from tomatoes. The result is a rich fish dish with a gorgeous spicy taste. The preferred fish are scorpion fish, cod, small shark, stingray and trout.

Bianco will be adored by seafood lovers looking for the best in Corfu cuisine.  Bianco is the traditional way of cooking fish, with potatoes, garlic, parsley, freshly milled pepper and lemon juice. It is one of the superstars of Corfiot cuisine and can be made with almost any kind of fish, even salt cod.

We wish you ‘Kali orexi’ or bon appetit and would encourage you to finish your meal with a traditional Corfiot kumquat liqueur.

The island of Corfu is the only place in Europe, along with Sicily, where kumquat is still produced and  has been since 1850.

If Corfiot cuisine is another reason to plan your holiday in Corfu, check out Nostalgia Corfu Apartments and book your favourite room.